+27 (0)35 590 1026 info@amazululodge.com
CROCODILE FARM
Situated some two km north of St Lucia village on the road to Cape Vidal, the Crocodile Centre offers an exciting and informative outing for visitors who would like to know more about the lake system and one of the world’s oldest and most fascinating animals, the crocodile.

Lake St. Lucia is home to the largest breeding population of Crocodiles in South Africa and at The Crocodile Centre you will learn many aspects of the life of this ancient reptile. The Crocodile Centre is one of only four permit holders that are allowed to keep the impressive Gaboon Adder in captivity. iSimangaliso Wetland Park has more than 109 species of reptile. There is also a Curio Shop and a Cycad Garden in which many of these plants, which have remained unchanged for 200 million years may be seen.

The route through the centre is a short trail where many of the trees to be found on the Zululand coast can be seen. The centre attracts a large variety of birdlife and during the breeding season, spotted and thick-billed weavers nest here in large numbers. In the adjacent game park a number of linked trails provide walks of half an hour to two hours duration. Along the trails a number of animals such as reedbuck, impala, zebra, blue wildebeest and hippopotamus can be seen. A large variety of water birds frequent the pans in the region.

In the various ponds all the African species of crocodile can be seen; the Nile, long-snouted and the dwarf crocodile. For comparison there are also American alligators. The crocodiles on display range in size from hatchlings to specimens of up to four metres. 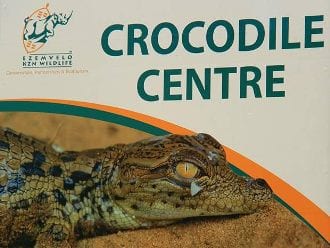 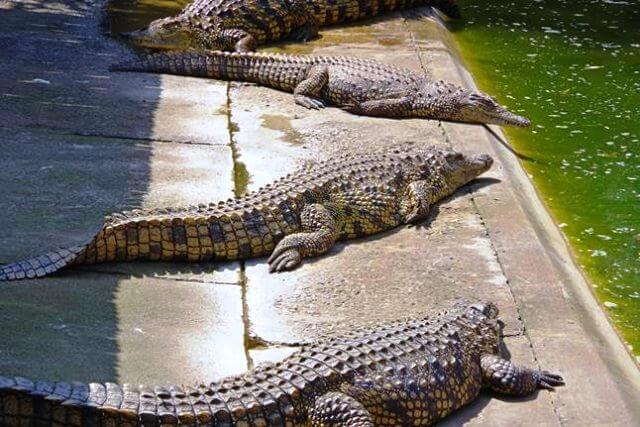