We will pick you up at 04h00 in the Summer and 05h00 from March to November (min 4 persons). We will take you in an open Game Viewer to South Africa’s oldest Game Reserve.

Breakfast, Lunch and refreshments are included. Blankets will be provided in winter.

Our Hluhluwe Safaris will give you an adrenalin-charged wildlife experience in the Hluhluwe / Imfolozi, a main game park in South Africa. Picture yourself having breakfast with 360 degrees of breathtaking view with the possibility of wild animals grazing only a few metres away. Our bonnet breakfast includes muesli, yogurt, sandwiches, tea/coffee and homemade rusks.

Lunch is a South African braai (barbeque) at one of the many beautiful picnic sites in the park. If we’re lucky, we will see wildlife from our picnic table. Lunch includes rump steak, boerewors (sausage), buns, salads and ‘dessert’ with drinks (beer, wine and soft drinks).

We pick you up at your accommodation before sunrise and drive to Hluhluwe / Imfolozi Park in an open game viewing vehicle (see home page). Our vehicles provide full weather protection. Once in the Hluhluwe / Imfolozi Park, our main focus is to find the lions, leopard, cheetah, wild dogs and hyenas which are most active at dawn. After a beautiful African sunrise we’ll have breakfast and the rest of the day is spent looking for other wildlife, both ‘large and small’. Our ‘big 5 hunt’ may include a sighting of the rare Black Rhino, with only an estimated 3000 left in the world. Our guides are extremely knowledgeable about the region’s animals, birds and plant life and will be happy to share this knowledge with you throughout the day.

The Cape Vidal Safari has to be the best value for money you can get, as it includes a game safari through the iSimangaliso Wetland Park and swimming / snorkelling in the warm waters of the Indian Ocean at Cape Vidal. Nowhere in the world will you find 5 major eco-systems so close together.

The day starts at 6 am with a game safari through the newly named iSimangaliso Wetland Park, a UNESCO World Heritage Site. Our knowledgeable guides will discuss the history of the iSimangaliso Wetland Park and will share their local knowledge about the animals, birds and plants of this unique area. Included in the safari will be a short bush walk to see the panoramic view of the St Lucia estuary and Indian Ocean, followed by tea / coffee and homemade rusks.

On arrival at Cape Vidal, sea conditions permitting, we can swim / snorkel in the warm Indian Ocean. Lunch will be a South African braai (barbeque) with rump steak, boerewors sausage, salads, bread rolls and drinks including wine, beer and soft drinks. During lunch we are often visited by rare Samango monkeys. The Cape Vidal Safari ends at around 2 pm with a leisurely game drive back through the World Heritage Site to St Lucia. Half day Cape Vidal Safaris are also available, depending on tides, and will include breakfast only.

Different options of Full day, Half day and Elite is also available.

There are two species of animals that one can see on the western shores of iSimangaliso that you will not see on the eastern shores of iSimangaliso namely Nyala antelope and the giraffe. The elephant of the iSimangaliso wetland park spend 90 percent of their time on the western shores of the park. So this is where you have the best chance of seeing the elephant when staying in St Lucia. Other special animals that we see there are hippo, hyena, side stripe jackal, leopard, rhino and buffalo. Then all the other general game of the area are also there. The only animal of the Big Five we do not have in the park are lion.

These tours start at 8pm in the winter and 8pm in the summer. Once again you will be collected from your accommodation in St Lucia. On these tours there is more focus on the nocturnal animals like spotted genets, hyenas, porcupines, owls, nightjar etc…

Then there is all the other game that you will see. When doing a night drive “always” bring a warm jacket. 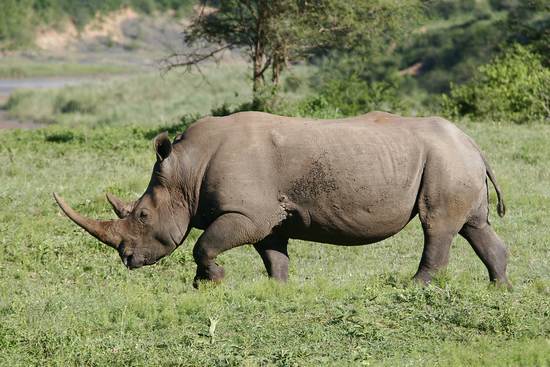 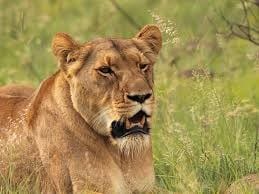